This #CerealWars sponsored post has been brought to you by General Mills. As always my thoughts, opinions, and my cereal jack-pot Star Wars pen loving enthusiasm are my own. Thank you!

I love cereal…let me rephrase that real quick, I simply L-O-V-E boxed cereal. And it seems that Big G Cereals brand have made my heart swoon even more with an all new {Cereal Wars} Star Wars Cereal Pens 2013 extravaganza. Ever a kid at heart, I get as excited as my children walking down the breakfast aisle. And the Big G cereals made sure to bring it, complete with “edible episodes” of our favorite Star Wars episodes! 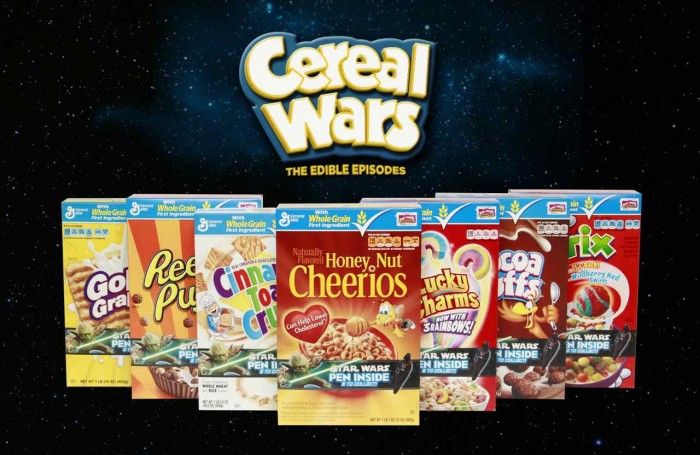 For us, cereal is its own mealtime. And its also not just milk in a bowl either. We love incorporating it into snack time too. For instance I couldn’t help but hold a few pens to think of how great they’d make some fun party cupcakes! 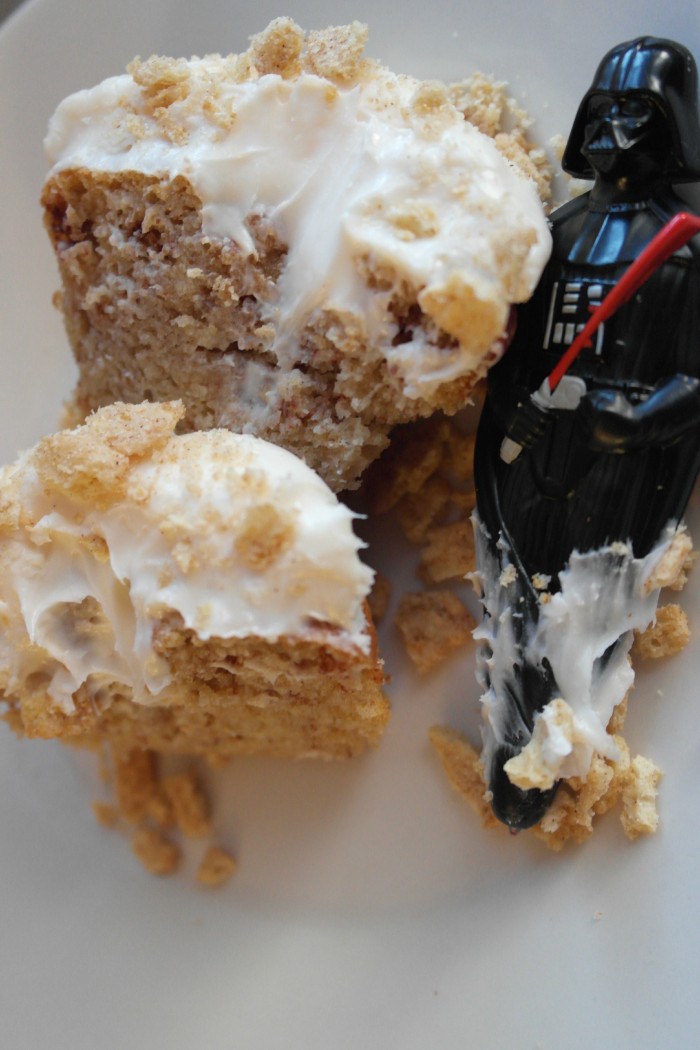 So with this in mind, I also loved seeing how the Big G cereals have created the short funny video parody’s of our favorite Star Wars scenes! Let the force be with you as you hop over to the Big G tumbler Cereal Wars site to request your favorite scene be re-enacted. The limited edition collectible star wars cereal pens for 2013 include:

And if your feeling creative {or a super duper Star Wars fan}, use Vine or Instagram to create your own edible episode and submit it to be featured on the Cereal Wars tumbler site! Just Look for the specially marked packaging on these participating cereals at your local grocer  {Honey Nut Cheerios, Cinnamon Toast Crunch, Reese’s Puffs, Golden Grahams, Cocoa Puffs, Trix and Lucky Charms} for your own Star Wars cereal pen. Once you brave the cereal aisle {and come out looking like a kid at Christmas}, craft up your own edible episode and submit it on the “REQUEST” link on the Big G Cereal Wars tumber page. 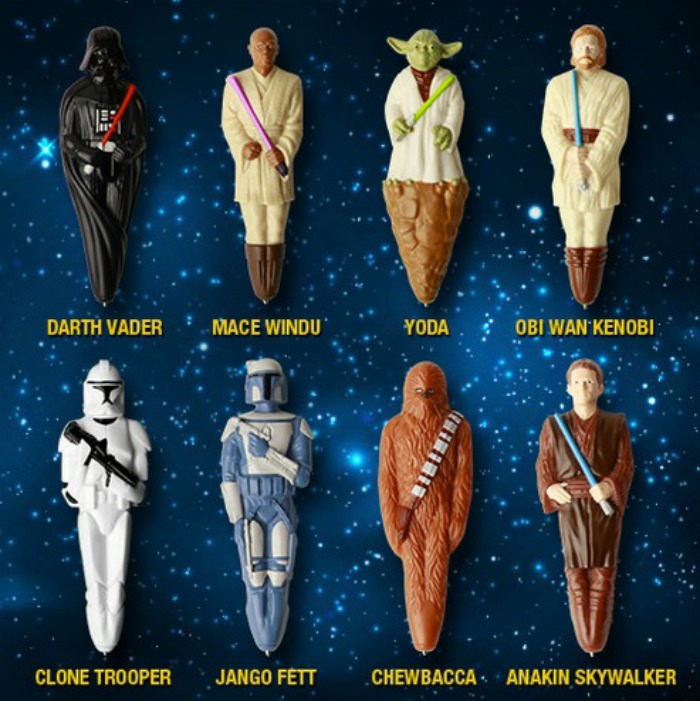 And while MY personal favorite Star Wars scene was Yoda raising the the X-Wing {“Do or do not…there is no try”} I just couldn’t get my brain off of cereal crusted cupcakes. So I did a quick video of that…hey, its at least edible right?

Ready to see where these pens can take you? Then just hop over to the Cereal Wars tumbler page and have at it! And where the cupcakes are concerned…well may the fork be with you. Cause you’ll need some savvy snatching skills to snag one of these cupcakes before they’re gone!

Disclosure: I am a community leader within the Linqia blogging community. This shop has been compensated as part of a Linquia and their client. As always, I strive for authentic posts that relate to my readers as much as they do my household. Enjoy…and thanks for another cup of coffee. #CerealWars #Sp